Remember Kevin Brownfield, the neo-Nazi Iron March gamer from Arizona? Looks like he’s ditched his old “Iron Lion” and “ZeroSuitSnake” screen names, and has a new handle/persona on social media. He would now like to be known as “BoaraGaming.” How do we know it’s him? Because we can see his face on his twitch stream: 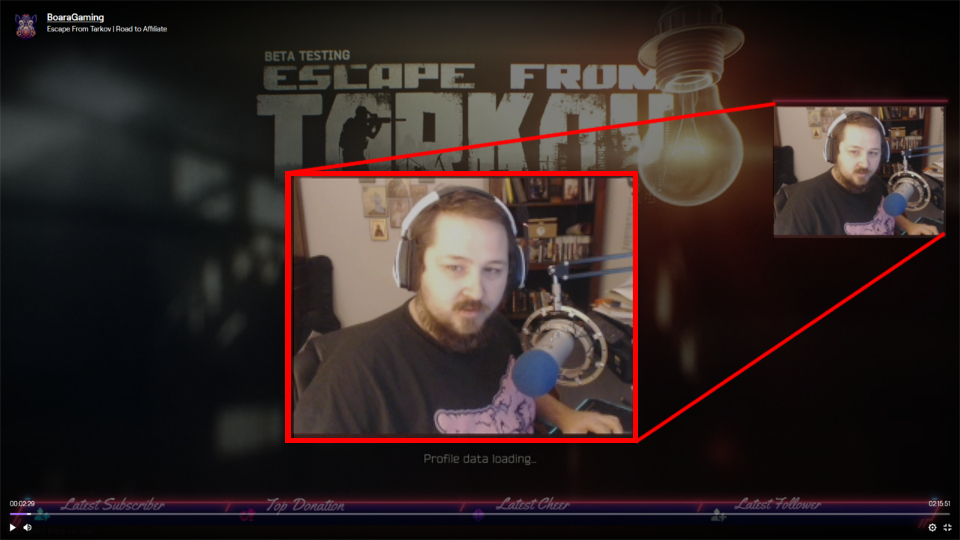 Yup, that’s him. He also has a new Facebook page, which links back to the twitch channel.

He’s even got a shiny new BoaraGaming Reddit account, which he uses to shill his twitch channel. Unlike his previous Reddit contributions, which you can see documented here (CW), it looks like so far he’s managed to avoid any neo-Nazi references or tasteless jokes about mass shooting incidents on his new account.

His Twitter links to something called GameRebel(dot)net, which he says he’s a member of. Game Rebel doesn’t seem to be super picky about who qualifies for membership — “Anybody that chooses may dawn the `{`GR`}` tag to represent what we stand for” is their official position — but did they really mean to include overt racists, Islamophobes, anti-Semites, etc. in that statement? If their goal is to “lift up those around us and push them to succeed,” as it says on their homepage, they might want to reconsider that standard. Nazis are notoriously selective about who they want to see succeed, and who they’d rather see rounded up and killed.

Speaking of which, Kevin seems to have started a new blog, “The Life of An Everyman,” where he opines about things like George Floyd’s murder, and a potential war with Iran. Spoiler: he thinks the people protesting Floyd’s killing are just trying to retain their “monopoly on victim-hood”; they “believe that police brutality doesn’t also touch other communities”; and “it is obvious they do not care for anything other than themselves and want only blacks to be viewed as victims.” According to Kevin, “this isn’t a race issue,” and police are actually showing race-neutral “institutionalized bias” toward everyone.

And Iran? Well, He doesn’t want the US to go to war there, which is a reasonable position to take. However, when he mentions the assassination of Qasem Soleimani, he takes a little detour into Antisemitic Conspiracy Land, suggesting that the US killed Soleimani solely in the interest of “an ally of ours in the middle east.” And if you’re thinking that wording is oddly vague yet somehow also unequivocally specific, you’re right — and that’s not a coincidence. At the end of the paragraph, Kevin asserts, “To go further than to vaguely say that this war benefits only one country is now illegal in some places of the US so I’ll stop there.” He does not provide a citation for this claim.

Sad to say, it looks like Kevin has changed his username, but not his racist and anti-Semitic worldview. Maybe that’s what he’s talking about here? 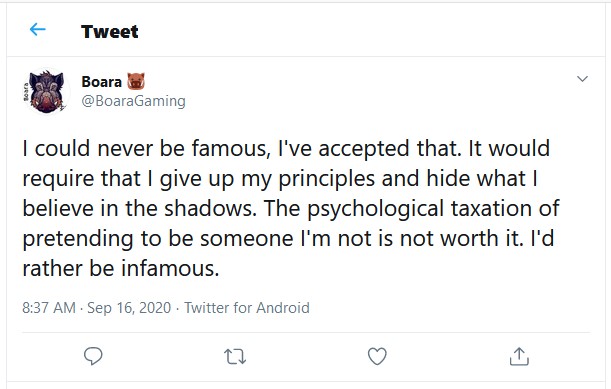 Not sure what the odds were of him ever becoming famous in the first place, but at least we’ve finally found an issue where we can agree with Kevin: racists and anti-Semites should be infamous rather than famous. We’d also like to point out that if infamy becomes too much of a burden, you do have another option. Have you considered not being a nazi?