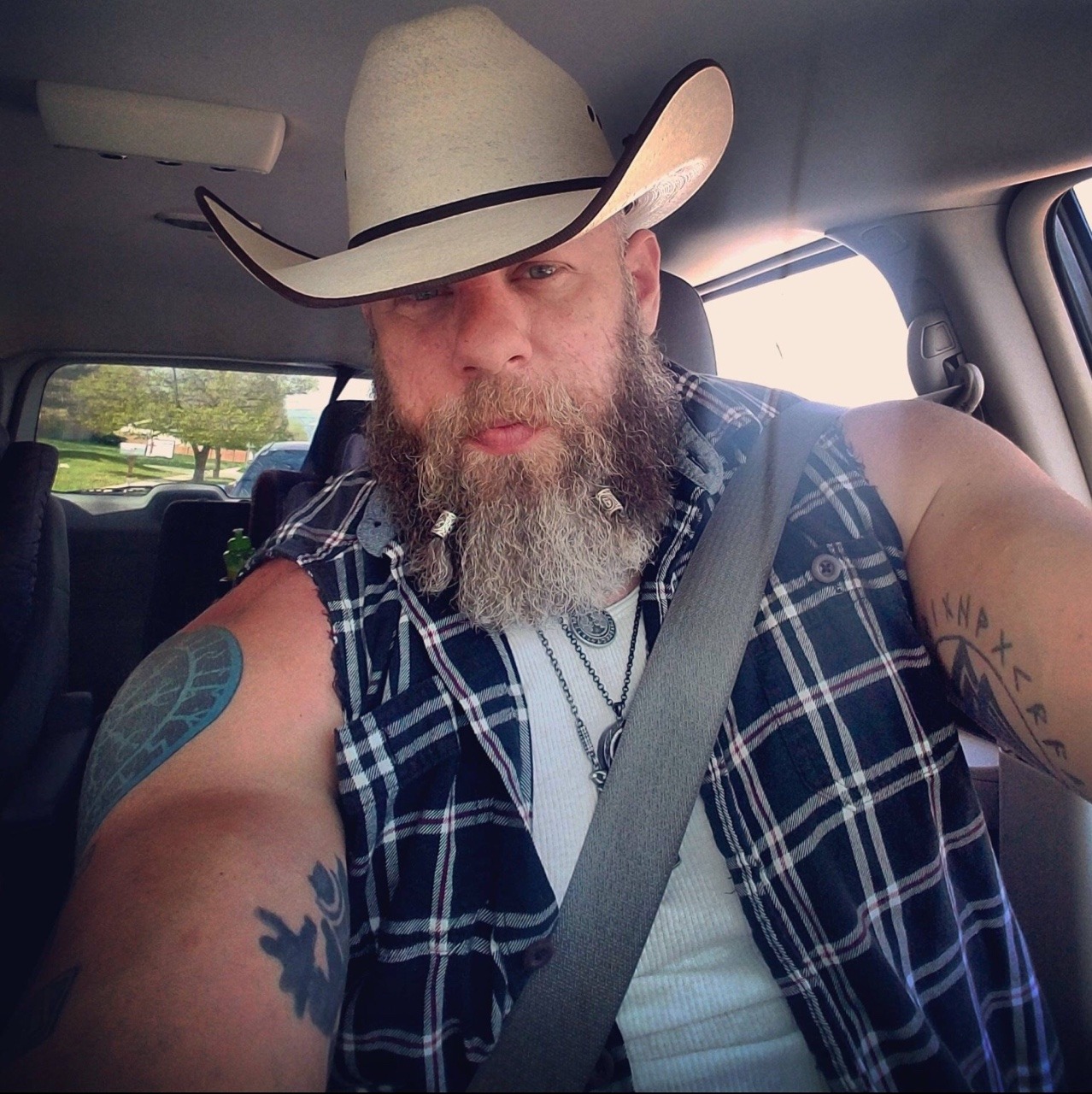 Warning: this post contains language and images that are offensive. We do not use words like “hateful” or “anti-Semitic” lightly, and we have chosen to include this content because it is the clearest and most effective way to demonstrate Sean McCann’s beliefs. In some cases we have chosen to partially edit or obscure certain words or images. In all such cases, the content was originally posted by McCann or others without the edits.

The American Guard (AG) is a group of hardcore white supremacists. The organization was started in Indiana by Brien James, a former Klansman and one of the founders of a violent bonehead (neo-nazi skinhead) gang, the Vinlanders Social Club.  The American Guard has deep ties to other White Nationalist gangs like the Hammerskins, the Traditionalist Workers Party, and the Aryan Nations. Unlike many of these other overtly racist groups, American Guard also associate with alt-lite organizations like Patriot Prayer and the Proud Boys. This makes them particularly dangerous, as they are able to bring their extreme views and violence into spaces that typically cater to regular conservatives, who they attempt to further radicalize.

American Guard has engaged in physical violence at rallies across the country. They are incredibly dangerous, and their members and associates should be treated with extreme caution.

Sean McCann is the president of American Guard’s Utah chapter. He lives in Sandy, Utah, with his wife and two young sons. McCann is also friends with Joshua Long, American Guard’s national Vice President. The two men and their families spend a lot of time together and visit each other frequently. 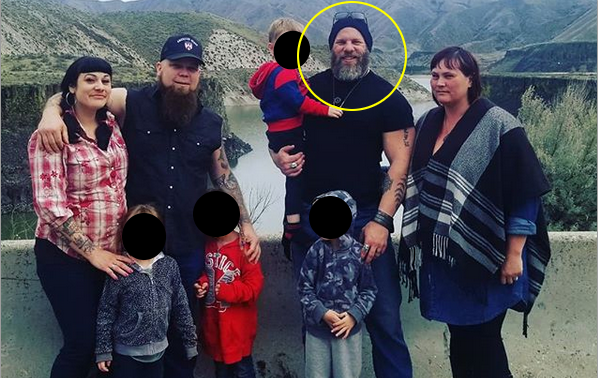 In addition to AG, McCann is a member of the Asatru Folk Assembly, a neo-Völkisch pagan organization that is also classified as a hate group. Asatrú is a religion that combines elements of several Scandinavian and Germanic pagan traditions. It is not an inherently racist belief system.The Asatru Folk Assembly, however, is explicitly racist, and restricts its membership to “Aryans” and “Ethnic Europeans.” Many other Asatrúers have officially dissociated themselves from AFA because of their “long and well-documented history of discrimination.” 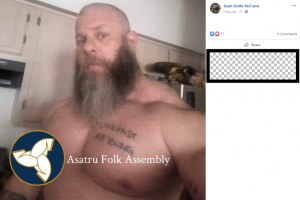 Like many pagan nazis, Sean McCann has an affinity for the Sonnenrad or Black Sun, an ancient European symbol that has a long history of use by white nationalists. It was appropriated by the Nazis during WWII, and is sometimes combined with or used as a substitute for the swastika.

Sean McCann really enjoys anti-Semitic Facebook content. In the conversation below, a user named Don Hansard remarks that the man in the photo “might replace my lampshade” – a reference to an allegation that Nazis had used the skin of concentration camp victims to make lampshades. (The allegations are disputed, but persist in the popular imagination.) McCann replies, “LOOOOOOL.” Hansard then cautions McCann against expressing views that might conflict with American Guard’s sanitized public image. 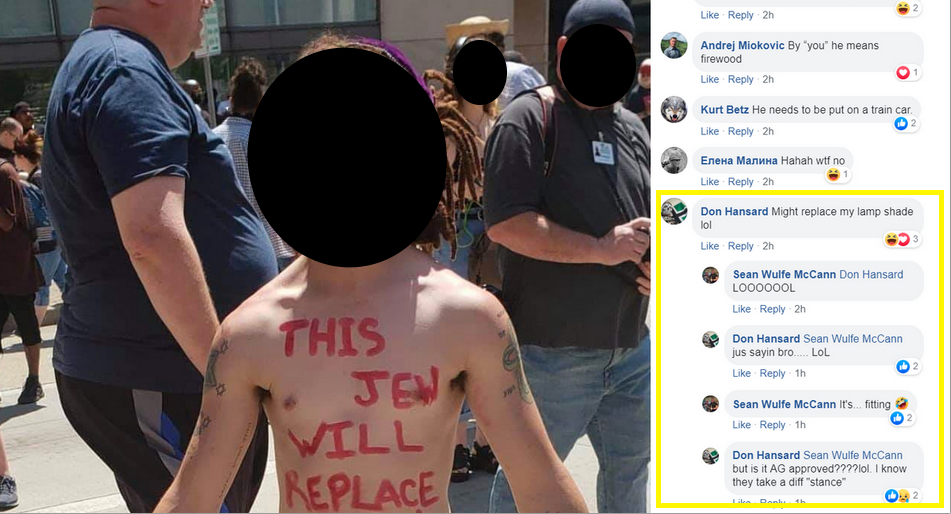 In addition to commenting on anti-Semitic memes, McCann frequently posts Nazi propaganda and generally hateful content of his own on Facebook. In the image below on the left, he is promoting revisionist history propaganda about WWII. The image on the right is LDS Church President Russell M. Nelson, and is captioned “Be kind to LGBTQ.” McCann posted it to Facebook with the comment, “F***ing cucks!” indicating his opinion that this attitude is weak or unmanly.

Sean is married to Rebecca McCann. She is a new-age “lightworker” and realtor. She generally does not express far-right views online. However, she does wear a Mjölnir pendant, which suggests she may share her husband’s hateful religious views. The Mjölnir, or Thor’s hammer, is a symbol used by many neo-pagans. It is not an explicitly racist or fascist symbol, but it is used by many pagan white supremacists, and as such may be an indicator of Rebecca McCann’s beliefs. 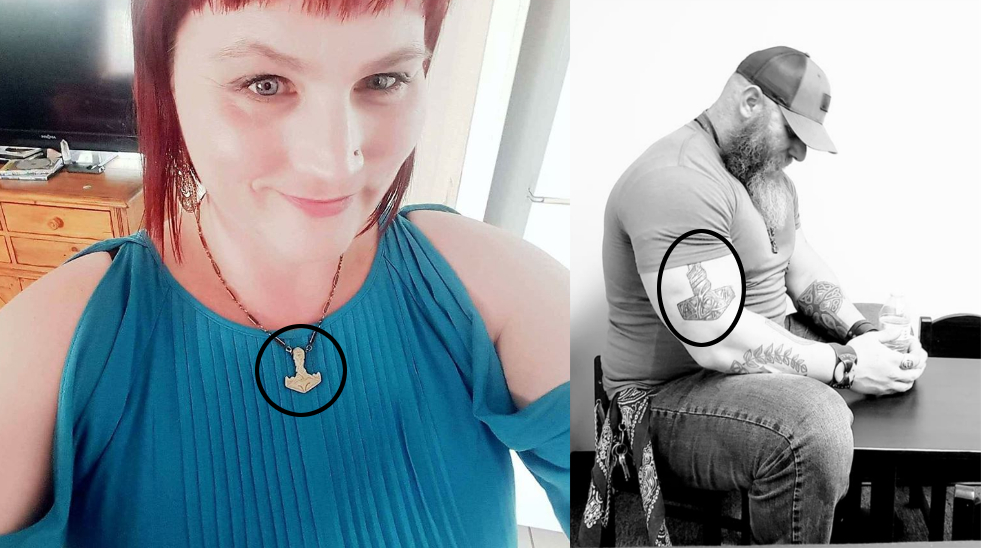 When he isn’t busy being a Nazi or working for Nationwide Energy Utah/Nationwide solar, 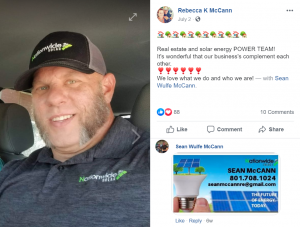 Sean McCann trains as a powerlifter/strongman at Ironground Gym. It bears repeating that McCann and the rest of American Guard are dangerous, and should be treated with extreme caution.

Republished with permission from Corvallis Against Fascism. Thank you to Colorado Springs Antifascists, Eugene Antifa, and Long Beach Antifa for their work tracking and documenting the American Guard.

Update: Corvallis Antifascists alerted us that McCann has shifted his allegiance to the Vinlanders Social Club. 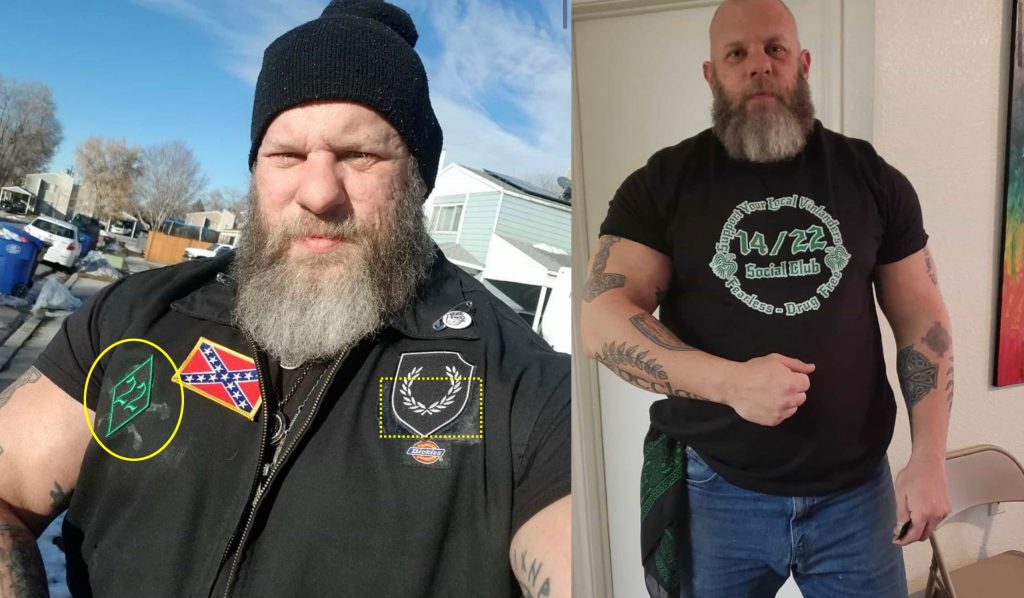 Recent photos of McCann show him in Vinlanders colors. At left, he wears a “Firm 22” patch; a Vinlanders probate patch has replaced his American Guard patch. At right, McCann’s shirt declares his support for VSC.

Brien James confirmed via Twitter that McCann has resigned from the American Guard. 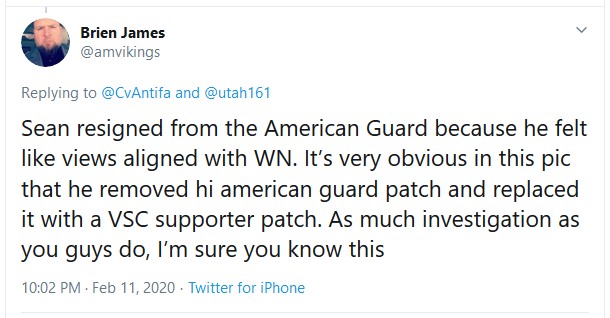